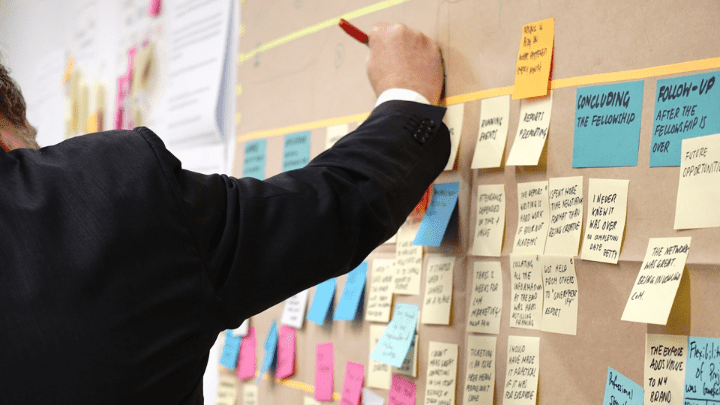 A project manager is a professional responsible for planning, organizing, and managing a project from start to finish. They work with a team to define the project’s goals and objectives, develop a plan to achieve said goals, and then coordinate the team’s efforts to execute the plan.

Without them, there wouldn’t be any hope of a project staying on track and meeting its deadline or managing any risks or challenges that arise. We may not be immediately aware of the impact project managers have on employee engagement until they’re absent or become unhelpful.

Finding a successful project manager is like finding a needle in a haystack, as the role requires a strong leader. A leader who possesses key project manager qualities is even harder to find.

And it isn’t because they aren’t able to delegate tasks, stay organized, or formulate budgets. On the contrary, these are the bare minimum skills any project manager should possess. If you want to grow your small business in 2023, you need a manager that goes above and beyond.

A whopping 70% of businesses have had a project fail due to poor project management. But if they possessed the following project manager qualities, their projects would have fared better.

1. Knowing How to Communicate a Clear Vision

According to a Pulse of Protection 2017 study, the primary cause of project failure was a lack of a clearly defined objective or milestone to measure progress (37%). Poor communication came second (19%), and lack of communication by senior/middle management came third (18%).

When you add everything together, 74% of project failures come from communication issues. It is critical to grasp and integrate all objectives of a project, be they financial, technical, human, strategic, or otherwise. Without synergy, disorganization and misunderstandings will arise.

Project managers should always assume that every team member, department, and stakeholder has different expectations from the project. The Pulse of Protection 2017 study shows that 44% of projects fail specifically due to a lack of alignment between business and project objectives.

Learning how to communicate a clear vision and not miss anyone in the process is one of the most vital project manager qualities. Having a single point of truth is necessary for that step.

2. The Ability to Maintain Project Balance

Project managers are under constant pressure from their team members, customers, and sponsors. It’s difficult for them to balance between project deliverables and team motivation.

Therefore, listening to their team members is necessary and must be accomplished with firm discipline. Project managers must discuss and explain (multiple times) why these deliverables are essential, when they’re due, and what’s needed if they want to improve team morale.

Employers can’t settle for generic project manager qualities, as they need someone suited for their industry. For example, if an employer wants to hire the right real estate manager, they must find one who can manage their time between negotiating contracts and development planning.

Either way, project managers walk a tightrope between desire and reality, present and future. They must show what can and can’t be done and what impacts each decision will make.

3. Learning to Trust Your Instincts (Risk-taking)

Project managers have a reputation for being logical and pragmatic, which is both a good and a bad thing. We rely so much on long-term data that too much or too little of it can affect our choices. However, few take the time to decode what the data means or what it could bring.

One positive example of this is the Walmart Halloween cookie fiasco which utilized short-term, barely studied data to avoid lost sales. They noticed that the novelty cookie was selling out in most stores but wasn’t selling at all in two stores. After looking into the data, they found a stocking oversight, which the company was able to rectify immediately before Halloween.

Had they waited until after Halloween to check the overall sales, they would have had to toss all their products. Sometimes, it’s better to trust your instincts instead of waiting for the “right” time.

That’s because the right moment never really comes. Certain decisions can’t be postponed, and project managers need to take a few risks to see a project blossom into its full potential.

4. Being Enthusiastic, Inspiring, and Honest

No project manager can create a reliable climate without demonstrating confidence in their team. It’s tempting to take back a task previously allocated to a team member because it didn’t meet your expectations, request frequent reporting, or stretch out the deadline for one person.

However, doing this will show you don’t trust your teammates. When something goes wrong, a leader coaches instead of punishes, offers help instead of micromanagement, and focuses on growth instead of failure. They should match the right employees to the right project types.

Developing a positive mindset if project managers want to see the good in their teams. It also allows them to be conscious of their personality and open to potentially negative feedback. We aren’t perfect, and pretending to be can show a lack of authenticity, a known team killer.

In the end, a project manager must lead by example. If they want their team to be enthusiastic, inspiring, and honest, they must also be this way. Being open, approachable, and optimistic are essential project manager qualities to have if they plan on building a strong and loyal culture.

5. Showing Respect to Themselves and Others

Respect always starts with listening. Project managers can’t simply speak all the time and expect positive results; they must leave the floor open to other questions and comments.

But to stay silent isn’t enough. The best managers can strengthen their efficiency by asking the right questions. To receive true and sincere comments, an “open door” attitude is a must. In in-office and remote teams, proximity is vital, so use digital communication to keep teams close.

Project managers must also show respect by giving their team the win, not themselves. While project managers play a key role in the success of the project, they wouldn’t get off the ground without their team. They should also give tasks and projects that challenge their team’s abilities.

Managers should respect themselves by delegating work appropriately, even if they can do it themselves. It’s never a good idea to overwork yourself for the sake of a project deadline.

6. Daring to Persevere In Times of Adversity

The Pulse Protection 2017 study cited in the first section revealed how senior management and its stakeholders often handle projects. 55% of project managers state that budget overruns are the main reason for project failure. In reality, only 9% of projects fail due to insufficient funding.

Why is there nearly a 50% discrepancy between what’s assumed and what’s actually the cause of project failure? The Pulse Protection 2017 study found that most budget shortcomings arise from a lack of trust. Senior management has a hard time delegating projects to managers.

What results is a lot of interference, stubbornness, and loss of money. This doesn’t imply that the project manager is always right, but it does mean they’ll throw their hands up in defeat.

On the flip side, project managers need to persevere and snip any pessimistic comments in the bud. It’s their constructive strength that helps the project team progress toward an ideal solution. They must be ready for inevitable difficulties and speak up when they’re questioned.

7. Understanding When it’s Time for Change

There’s nothing more demotivating than hitting your head against the wall and getting nowhere, which may make some managers preserve because they don’t want to feel like they failed.

However, project managers must tilt their heads up and notice what’s going on around them. If they lose track of their team’s mental health, the goal of their project, or the state of the company, they’ll have to do a bit of damage control. It would have been easier to adjust.

One of the hardest project manager qualities to adopt is accepting unavoidable changes. If things don’t go as planned, it doesn’t mean you failed, as anything can change at any time. Tenacity is a great quality, but don’t let it turn into stubbornness. Know when it’s time to fold.

Project managers are hired for their organization, budget making, and negotiation skills, but rarely are they recruited for the project manager qualities that improve these hard skills. A budget is worthless unless the person creating it has the confidence and drive to stick with it.

But of any great manager skill, communication is the most important. Projects live and die based on how successfully teams speak to each other. With that said, that doesn’t mean that risk-taking, respecting your team members, and the ability to adapt won’t be essential.