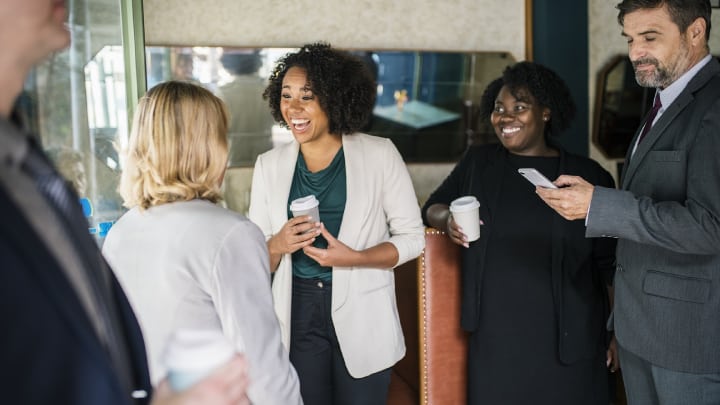 We have all heard about traditional work benefits going extinct—trendy perks are the new in-thing and are now even included in marketing collaterals and brand guidelines in any company culture.

It makes sense in the current employment market, where there are a limited number of qualified potential employees and far more available jobs.

This means that companies have to battle to bring the best candidates into the fold. How are companies accomplishing this?

A number of organizations have taken to offering unusual perks, especially targeted towards younger job seekers.

But the question on everyone’s mind is this: are these perks enough to keep employees happy, or are they simply a tool to attract candidates?

Which leads to another question regarding traditional benefits. Are they really on their way out? Do they have no place in employees’ happiness?

We look at what perks and benefits are offered to employees, and which of these make employees happier, and why.

Perks vs Benefits: What are they?

Traditional benefits offered by companies have been fairly stable for the majority of the last 50-60 years. These benefits include:

Some of these traditional benefits have also expanded to encompass assistance for commuting, vision and dental insurance, various types of leave, as well as stock options.

If one takes a cursory look through a handful of job postings, they would see these perks appear fairly consistently.

As one can see, traditional benefits would be considered necessary for an individual to sustain their life, beyond their earnings at a company, and for them to achieve some work/life balance.

On the other hand, perks are an added extra in work culture, one that employees could live without, but which certainly add some value to an individual’s life.

The lack of benefits could explain why employees leave an organization after a short period of time, whereas the lack of perks is hardly going to be a detractor for employees.

And how do we know this? Because a recent survey debunking popular company culture myths has found out that benefits far outweigh perks with regard to employ happiness.

Perks vs Benefits: Which wins?

A recent Glassdoor study on employee satisfaction found that the traditional benefits companies offered had a far greater impact on employee happiness than trendy perks.

The study was conducted on 175 organizations across numerous industries—including tech, health, banks, aeronautics, grocery stores, among others—measuring 50 perks and benefits.

Once the analysis was complete, it was found that the three benefits most commonly referenced and commented on were (in order of importance):

And these benefits did not win by a small margin, either. Of the 175 organizations surveyed, 161 had health insurance referenced by their employees.

401k plans followed close behind with 157 mentions and paid time off brought in the rear with 140 mentions.

These are staggering numbers, considering that maternity, paternity, and prorated child care leave was the fourth most referenced benefit at 20 mentions.

The on-trend perks we mentioned before were barely mentioned a couple of times in the survey.

Clearly, the winner in this battle is traditional benefits. But why is that?

Why Do Benefits Win Over Perks?

As we have mentioned earlier, traditional benefits are seen as necessary for an employee to feel like they can balance their work and life in their company culture.

And there is a particular reason why this has become important to employees and job seekers right now.

The Price for Health

Health insurance is at a premium—particularly in the United States, which played a large role in the Glassdoor study.

Adversely, the burden of health insurance in the US falls almost entirely on individuals and the companies they work for. The government gives insurance only to the elderly and the disabled.

For individuals, it is impossible to pay for private insurance, which is not well-regulated, and thus extremely expensive.

It is no wonder, then, that employees listed health insurance as the primary benefit that gives them satisfaction in their workplace.

Planning for Life After Work

Working the daily grind isn’t just about putting food on the table and saving up to buy a house. A job is also meant to earn you enough money to be comfortable after retirement.

The US’ 401k plans are a noteworthy pension plan. Part of the employee’s salary is deducted (tax-free) to be withdrawn once an employee reaches retirement.

One can immediately see why this would be such a necessary benefit for employees. Without the 401k plan, an employee would have nothing saved up for the future.

Time Away from Work

As with health insurance, paid time off in the US is also a deeply problematic institution.

This is why it isn’t surprising that getting paid days off would be such a high priority for employees in the survey.

Invest in Benefits, Not Just Perks

It is clear from the above studies that employees are happier if they receive traditional benefits, rather than when they get perks.

The more popular benefits such as health insurance, pension plans, and paid days off not only make for a better working life for employees but also help them save for the future.

Perks, while attractive, cannot replace these benefits. They are an added extra and primarily work as an incentive for new employees.

But as attractive perks are, in the long run, a gym membership and office pets won’t pay the bills after you retire or pay for your medication.

Companies should take note of this when creating job postings, and when they are planning their budgets.

To keep employees happy, companies need to give them what they need to enjoy a good quality of life beyond the working sphere and company culture.

Author: Ronita Mohan is a content marketer at Venngage, the infographic templates and design platform. She enjoys writing about content marketing, productivity, design, the digital world, as well as pop culture, and diversity.