Poor performance can scupper even the cleverest app idea. This applies whether it’s only for internal use, or it’s designed with customers in mind.

One of the challenges with troubleshooting app performance issues is that they vary depending on the ecosystem your app uses. This means it’s important to get up to speed with what common conundrums are relevant in this context.

If you are running a Rails application, for example, there are a number of frequent bugbears to root out. Let’s go over them one by one, and explore a few solutions you can use to restore reliable performance. 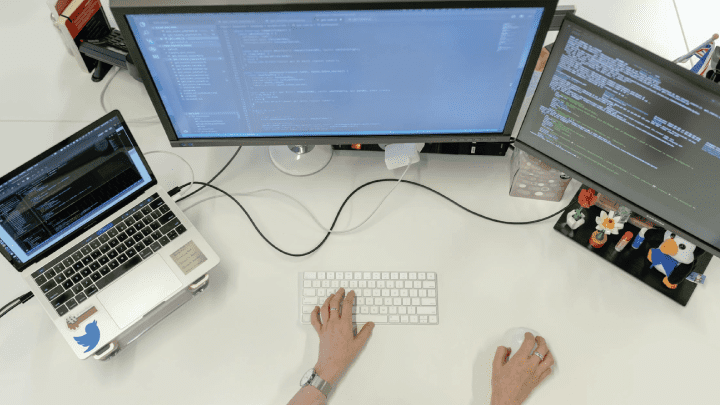 Identifying issues in the first place

Before we dive in, it’s important to think about how to pinpoint problems with Ruby on Rails applications. Unless you’re actively looking for them, they could persist indefinitely.

Luckily, with the right Rails performance monitoring tool, spotting sluggishness is a breeze. The best solutions in this market will not just track performance, but alert you to hold-ups automatically.

Knowing what to troubleshoot is just as important as actually working on app performance dilemmas. Making use of monitoring software must be the first port of call for any developer.

Part of this process is also getting a baseline reading for app performance. Without this, you won’t know whether it has veered away from this ideal benchmark.

Likewise, when you change anything about the app, even if it is to fix a flaw, check performance again. You don’t want to find that a supposed improvement has actually made things worse elsewhere.

It may sound like there’s a need for endless vigilance and fire-fighting, and to an extent this is true. However, so long as you select modern solutions to steward your Rails project, it won’t overwhelm you.

One way to prevent performance problems before they are allowed to emerge is to work with the right hosting provider.

Ruby on Rails is a relatively demanding framework, so you should choose a host that has packages built around it.

There are a number of well-respected brands in this space, including Bluehost, HostGator, and GreenGeeks.

You also need to think about the extent to which you want to control this infrastructure. Outsourcing everything to a cloud-based host is cost-effective and scalable. However, dedicated hosting with bare metal hardware provided just for your app might tick more boxes for your project.

Of course, it’s entirely possible to run the Rails framework on a mainstream hosting service like AWS. This will just involve more complexity at your end, and less of a bespoke experience.

If app performance issues are plaguing your Ruby on Rails project, then poorly optimized queries could be to blame.

The N+1 query conundrum is one of the most frequent to disrupt Rails apps, as well as being tricky to spot. In short, it describes the case of a query running multiple times rather than just once, which creates a slowdown.

The more queries the app has to process, the more resources it will monopolize. This often stems from having too many independent queries making calls on your database.

Bullet is a gem, or plugin, put together with the intention of cutting unnecessary queries out of your app altogether. Best of all, it runs during the development process and flags potentially problematic queries at the source. It’s not perfect, but it’s an improvement over having to root out performance-sapping queries manually.

In terms of query best practices, don’t use multiple queries to pull related data when one query could do this. Furthermore, when new queries are added to an app, check that they are not susceptible to N+1 issues.

Another database-related performance issue that impacts all sorts of apps is that of indexing. In SQL databases, indexes should increase the speed with which information is retrieved from tables. However, there are two main ways that indexing can actually harm performance.

First, index fragmentation is a concern. This is unavoidable, as when data on tables are adjusted, the index used to track it no longer functions efficiently. Regularly defragmenting the indexes of your Ruby app database should be on your maintenance schedule.

Next, there’s the imperfect use of indexing. You could either overuse indexes or underuse them. For large tables, indexes definitely improve performance, so you need to include them. For smaller tables with very little data, an index can actually be an obstacle to speedy lookups.

With practice and experience, your Rails application’s database should run like clockwork. It’s also a great place to look when troubleshooting performance dilemmas.

A Rails app won’t be working at its best if you aren’t using caching to your benefit. Caching in the Rails framework functions as it does in many other contexts. It stores content that is frequently used so that it can be accessed again without putting pressure on the infrastructure.

Caching is baked into Rails and means that even if your hosting package or hardware is limited, performance won’t suffer.

You can cache individual actions and fragments, or entire pages. Not every example can be cached; for instance, if authentication is needed. However, those that can will be significantly accelerated.

Getting familiar with caching is arguably the best way to steer clear of app performance issues. Like query optimization, it should be high on your list of priorities of skills to learn.

The processes that run in the background to keep your app ticking over shouldn’t usually hamper performance. However, this is not always guaranteed, and background processing might play up or create disruption on occasion.

If you find that app responsiveness is suffering unexpectedly, rescheduling processes like reporting to an off-peak time might solve this.

Once again, there are gems designed to go above and beyond the basic features of the framework here. Clockwork is among the top contenders, letting you wrangle a schedule for processes that suits you.

Following on from our earlier discussion of hosting, you need to look at user location when analyzing app performance issues.

If an app is hosted on hardware comparatively close to end-users, the experience should be snappy. If it’s halfway around the planet, performance will suffer to varying degrees.

For this reason, lots of developers turn to content delivery networks to bridge the gap. This lets you store data-intensive content, such as image files and videos, in several regions. When the app is accessed, the host closest to the user is chosen automatically to serve them the content.

Obviously, if your app is internal, this will be overkill. But if you cater to users worldwide, or have offices elsewhere, it could eliminate performance obstacles.

Ruby on Rails projects can be augmented in a positive way with the right gems and plugins. We’ve talked about a handful of performance-related examples in this very article.

The problem comes when you go too far in the other direction. An excess of add-ins will weigh down your app, rather than speeding it up.

This is probably one of the reasons that Ruby apps have a bad reputation when it comes to start-up times. It’s all about striking a balance, working out which gems are essential, and which are a step too far.

If in doubt, try removing gems sequentially and seeing if performance improves. This trial and error approach is not ideal if you have lots of plugins active. However, if that’s the case, then cutting down is likely a good move anyway.

Embracing updates sooner rather than later

Some people steer clear of Rails as a framework because of the frequency with which updates are released. However, this should really be seen as an advantage, because these typically include performance-related improvements.

So if you think that your app could be performing better, don’t delay implementing the latest update. While this may require lots of work in the short term, performance perks should emerge as a result.

The longer you delay, the tougher it will be to roll out an update. You’ll also be missing out on the optimizations that boost app performance, leaving end-users to make do.

Hopefully, you now have a few avenues to investigate when tackling Rails app performance issues. This is really just a broad-stroke overview of some common problems. You’ll have to dig deeper and get to grips with various tools and techniques to achieve the best results.

The most significant point is to make use of monitoring tools so that you are alerted to app slowdown immediately. The quicker you can respond and restore normal functionality, the better it will be for your app and its users.

Furthermore, monitoring automation means that even small teams can maintain popular apps with ease. So while you will need varied skills to intervene manually, software solutions should not be ignored. User feedback is also handy in finding performance problems that the tools don’t spot.