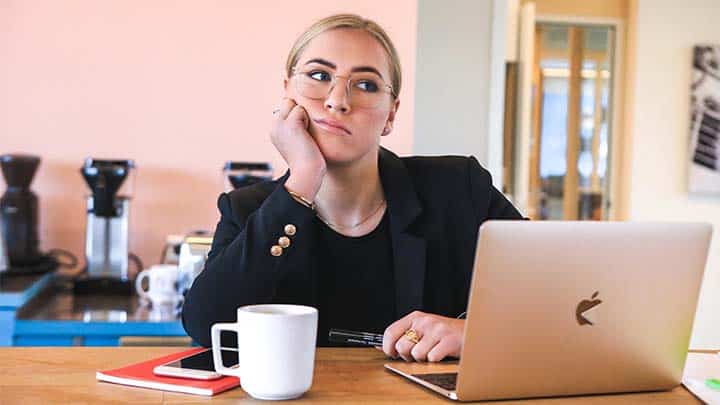 39% of employees feel that their workplace is not collaborative enough, and that’s a demotivating factor for most.

You cannot build a high performance team without communication and collaboration.

However, that’s not the only thing that goes into the making of a high-performance team — there are several other factors.

One of the biggest mistakes that team leaders and managers make is to assume that a team will take shape by itself once you have the right people together.

The reality is that teams do not create themselves. Multiple people have to work in conjunction for a team to truly be a team.

Today we will talk about building high-performance teams and why having such a team is crucial for any business.

No matter which sector you operate in, the teams would always be the biggest assets for any business or organization.

Before you go about forming a team, you need to understand what characterizes a high performance team.

It’s important to identify the mistakes that make a team inferior in performance, and why communication is vital.

Before we head into strategies to build a team, let’s discuss what defines a high performance team.

What defines a high performance team?

There are many ways of looking at a high performance team.

In terms of output, a high performance team is productive.

However, measuring a team’s performance solely on productivity grounds misses out on a lot.

For example, it’s relatively easy to maintain, and even improve, productivity when circumstances are perfect. But when calamities hit, many highly productive teams can also fall apart. That’s a vital difference between a productive team and a high-performance team.

A high performance team knows how to adapt to changes and what to do when things are not going right.

Perhaps the best way to identify a high performance team is by noting communication between the team members.

When all the members are on the same page and can communicate with each other flawlessly, it’s a sure step towards becoming better in terms of performance.

The role of team members in a high performance team

The onus of forming a great team is mostly on the leader, but that does not mean the team members have no role in it. That’s where HRs play a key role since people with similar skill levels can work better together.

The hiring process should make sure that all the people hired for a particular project have at least some similarities in terms of skill set.

Now that we have a basic framework of what a high-performance team looks like, let’s find out more about the ways to form one.

As we already mentioned, you cannot make a great team with the wrong people.

The first thing you need to do is hire the right people. In the case of existing employees, reskilling and upskilling are the only ways forward.

With skill tests readily available online, doing a basic screening of candidates is easier than ever. If you are hiring a programmer, for example, you can ask them to take a simple test for prescreen python coding skills.

It ensures that even when the candidates have different specializations, they are also on the same page in terms of foundational skills.

Once you have the right candidates to work with, making a high-performance team becomes much less complicated. It’s the first thing that you need, even before you have a team leader in place. Competent people working together can create wonders.

2. Find and appoint a leader

Leaders define teams, and leaders are only as good as their teams. Once you have the right candidates, you need to find a leader.

If you are assuming leadership roles yourself, it’s crucial to do it right. Not everyone has leadership skills, and acknowledging that is the first step toward finding a leader.

Being a leader is less about fiery speeches and motivational quotes than it is about clear and honest communication.

A great leader is also a great communicator. It’s the first and most important thing to look for in a leader.

If the leader lacks competence and skill, it cannot be possible to form a high performance team.

While they need not be masters of a specific domain, they still need to have an in-depth understanding of what’s going on. Without that, the leader and the team members will be on different pages, and making them work together will be a nightmare.

3. Have defined goals as a team

Every team is made of both personal and collective goals.

While personal goals are indeed very important, a team can grow together with collective goals. At the same time, the goals must be attainable to have any positive effect.

There are many ways to define goals. While some of them can be more about hitting milestones, others can be about accomplishing interpersonal goals.

No matter what kind of goal your team has, it has to be clearly defined and attainable. Once the finish line is in sight, pushing harder becomes easy.

Breaking a goal down into smaller parts is one of the best ways to make it more attainable. It’s also important to set the goals after discussing them thoroughly with the team members. If some people are not sure about the attainability of the defined goal, it’d be difficult to reach them as a team.

A car cannot work perfectly if every part of the car — from the hinges to the motor – works perfectly. It’s the same with a corporate team. If the members cannot function with each other, the team cannot function as a whole.

It’s very important that each team member has at least a pleasant relationship with other team members. Internal politics, greed, power play, etc. are sure signs of disaster. While getting rid of them completely is not possible, encouraging open and honest communication can help.

Once team members can work with each other without friction, the overall pace of work increases. Productivity will also go up, and you’ll be delivering more than before. However, that’s not all.

The biggest benefit is that the team members will be there to pick each other up when things go wrong, and you’ll be at a much better place in high-pressure events.

Employment benefit programs generally cover many physical ailments and limitations, but the same is not usually for mental health issues. However, mental health problems are the leading cause of productivity loss.

Though it may go beyond the theoretical responsibilities of the leader, looking after the mental health of team members is crucial for a high-performance team.

There are many ways of looking at mental health problems, but the goal is to ensure the psychological, emotional, and social well-being of the employees. You can do this by covering therapy and mental health medication expenses financially. Alternatively, encouraging team members to be open about mental health issues can be very productive.

Being mentally healthy is as important as being physically healthy. You cannot have a high-performance team with people who are not able to work to their maximum potential.

Every person in a team must have the freedom to work with freedom in their specific niche. That makes it important to ensure boundaries that team members cannot cross when it comes to another person’s tasks.

At the same time, the different units of a team should know what the other units are up to. Doing so can be difficult, but it’s a common characteristic in every high-performance team.

Setting boundaries does not mean segregating one part of the team from another. However, it does give one part autonomy to deal with their tasks and responsibilities. It helps in productivity because the chances of conflict go down.

On the other hand, it also affords team members to single-mindedly focus on just one area. The end result is of much higher quality as a consequence. It might take some time to establish boundaries, but it’s a necessary thing for all teams.

Team leaders must first be trusted themselves, and then work towards making the team members trust each other.

All successful teams are built upon trust, and building trust is perhaps the most critical aspect of team success in the long run.

Building trust works in different ways, but the key is to hold each team member accountable. At the same time, it’s crucial to ensure that the self-interest of team members is respected.

Growing together is the key to building trust.

Trusting each other once again includes a big component of communication. A communicative team will have an easier time trusting each other. It goes back to promoting communication among team members and between the central authority and the team. Establishing this in the fabric of the workplace is a long-term effort, but it’s worth the time that a company has to invest.

8. Push the team to go the extra mile

People are motivated to work when the task at hand has at least some degree of difficulty. You’d not need much motivation to show up at work every day and do what everyone else is doing.

Sadly, that’s how most employees feel in a low performing team.

The responsibility of motivating and driving the team lies with the leader. While there are many ways to do it, nothing is more practical than pushing the team to go the extra mile. When the team has a challenge ahead of them, they know exactly what to do and how to do it.

An accomplishment can drive and motivate you for a short time before the feeling is gone. But when you quantify those accomplishments, you can go back to them later as a source of encouragement. That makes it important to quantify and preserve what your team achieves. It makes the team feel more valuable and appreciated as well.

Keep a record of the progress of your team, and encourage team members to do the same. Make a centralized platform where every team member can see how far they have come and what are the next goals.

Apart from pushing the team to go the extra mile, this strategy also works to motivate and inspire employees.

It’s important to make the team members feel that they are progressing and moving forward. Quantifying accomplishments, achievements, and progress is one of the best ways to do it.

10. Give employees perks beyond money

Everyone works for money, and it’s the easiest incentive for companies. But when you want a high-performance team to stick together and work together, money alone can’t do it. The team members have to spend time together and enjoy life outside the office to work better at the workplace.

As employers and leaders, there are many ways to give non-financial perks. Be it an outing together or celebrating special events of team members’ lives at the office, many things go beyond money.

In the long run, it builds camaraderie among people in a space that’s inherently competitive.

The goal of non-monetary perks is to bring an element of fun and leisure to the workplace. In moderation, it’s a great tool to boost productivity. The team members bond better with each other and have things to look forward to beyond workplace accomplishments. It’s an often ignored component of almost all high-performance teams.

We hope these tips and strategies will help you form a high performance team that takes your business to the next level.

Always remember that the team is your most valuable asset, and must put in the time and effort to make a team from a bunch of talented people.